Why we avoid sliding carousel banners

There are some cases where a homepage slider/carousel may be an appropriate choice. The problem arises when a generic slider has been thrown into landing page hero with limited thought given to its content.

Most web designers at some stage (including a younger me) have designed a homepage concept with a stock image dropped into a hero slider, and dummy text in it’s caption. I have since learnt that this may lead to a number of issues.
Our clients often request a hero slider in their homepage. But I suggest alternative options and I then explain to them why a homepage banner may not be the best solution:

The first section of the homepage is a crucial piece of real estate. Its main goal is to instantly capture the imagination of the user. Think of it as the cover of a book. Its purpose is to engage with the right audience... immediately.
A generic slider will leave such an important region of the site to someone who isn’t a designer.

We want your website to create a positive rapport with its audience by providing them with the content they are looking for. Then, once they have found this and are feeling positive, we can cross sell.

3. The ability to upload an infinite amount of content into one space can inhibit creative selection

Less is more. Cliche but true. If you are limited to one visual for your hero, then you’re going to make damn sure that it’s a good one.

So, what are the alternatives?

There are many effective ways to utilise the hero space on a landing page. But here are a few we especially like.

Entice the user to scroll down using dynamic and intriguing imagery

Consider investing in creative visuals to capture your users imagination. We love this visual for Kikk Festival. I challenge anyone to not want to scroll down to see more. 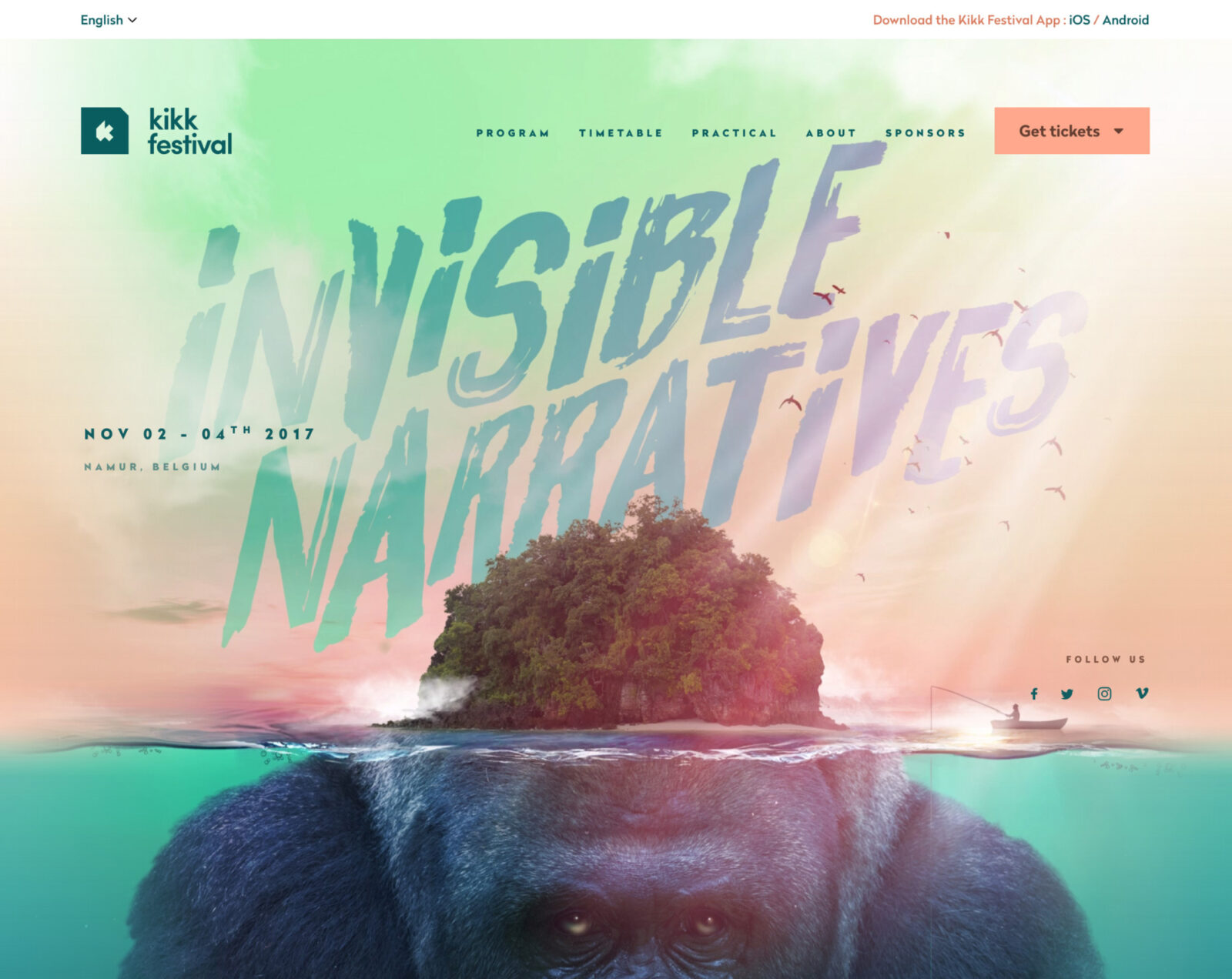 Use illustration or photography combined with well written copy to portray your USP. You can provide the user with a tempting call to action to lead them further before they even have to scroll. 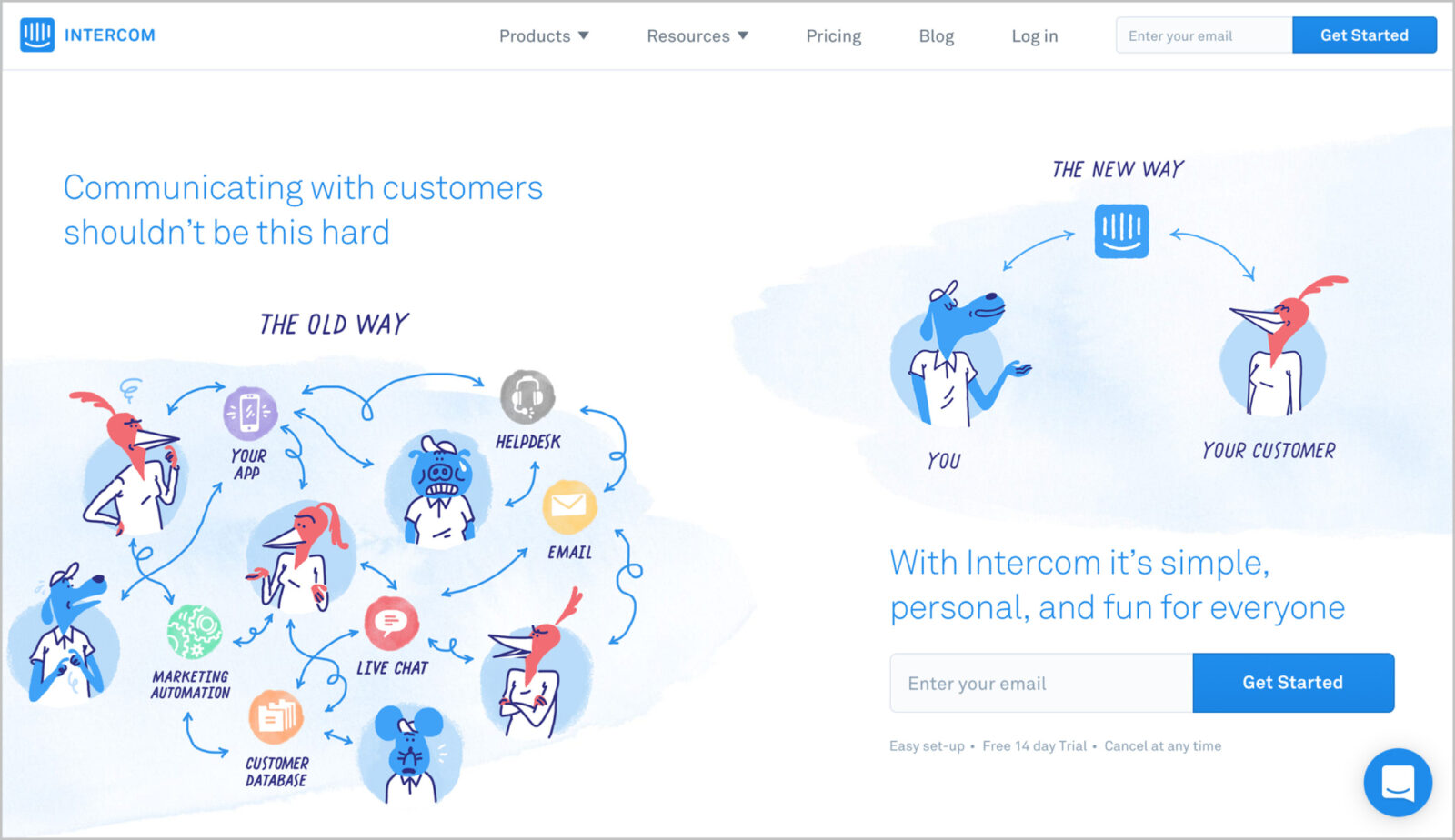 Intercom does this very well using friendly illustrations, short headings and an instant call to action.

I don't necessarily agree that the fold is dead. But I prefer to refer to it as the hero or cover. And we may deny it, but we all 'judge a book by it's cover'.

So leading with something engaging is important. But it doesn't need to be contained within the 'fold'.

Lead with an introduction and then tempt your uses to scroll further by showing content peaking 'above the fold'.

Begin with something fun for the user to interact with